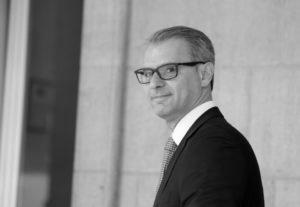 Central Bank of Cyprus  Governor Constantinos Herodotou said on Tuesday he expected a rise in non-performing loans in 2021 because of the effects of the coronavirus crisis, but with proper management, the economy could emerge stronger than before.

Speaking through teleconferencing at the 10th Nicosia Economic Congress, Herodotou also presented the central bank’s scenarios on the course of the economy, which could contract by 9.9%  this year under extreme conditions that include a second wave of the virus.

The governor said the scenarios should not be viewed as forecasts due to the prevailing uncertainty.

The governor said bad debts were not expected to grow this year because of the loan repayment holiday in effect from March until the end of the year.

“Of course, a rise in NPLs is expected in 2021,” he said, but on the positive side, because of the country’s excellent epidemiological profile, restrictions have been lifted while the repayment holiday was still in effect.

“In other words, the recovery of income by households and businesses has started while the installment suspension is in effect,” Herodotou said.

The governor warned that people should manage the recovery of revenues properly since the suspension ended at the beginning of 2021.

“Let us not forget the next day because if we manage it correctly and we are properly prepared for 2021, I believe our economy can even emerge stronger and do very well in 2021.”