Τhe new facts-as dictated by the coronavirus crisis- prevailing the Greek economy and Greek enterprises, such as the danger of creating a new “wave” of NPLs, were discussed at the online session: “Non-Performing Loans- A new reality”, organized today by the Tsomokos media company.

Emphasis was given to the need of managing NPLs effectively, but also at creating a new, updated insolvency law, that will become the tool for the expansion and insolvency of the market. All participants stressed the need to keep enterprises viable, while special reference was made to the need of enhancing the cooperation between banks and enterprises, as well as to the possibility of creating a bad bank for that purpose. 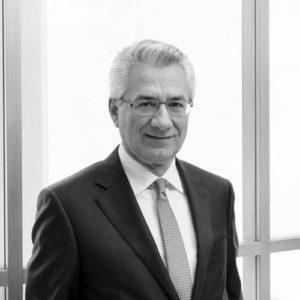 The Executive President of FPS,  Theodoros Kalantonis, estimated that NPLs will rise by 10-15% (approximately 77-80 billion euros) from the current level, which stands at around 70 billion euros.  He further expressed the need for the new insolvency law to become a tool for aiding the market and not a tool at the expense of the market.

Asked about foreclosures, he noted that it is absolutely necessary to implement enforced measures, and said that the solution of a bad bank is not in the government’s plans unless it becomes a pan-European initiative. 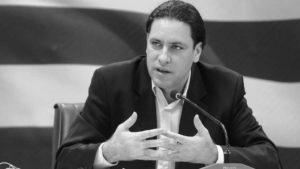 The Special Secretary of Private Debt, mr. Fotis Kourmousis, referred to the new insolvency law and said that it will be available by this summer, as the economy is entering a transitional period due to the coronavirus crisis.  The new law will safeguard that vulnerable households will not lose their primary residence and that a rent subsidy will also be included. Focussing on the measures taken by the government for limiting the consequences of the pandemic, he referred to the new flexibile framework that has been created in order to ease the burden of affected households and enterprises.  “The Hercules scheme will be used in order to limit NPLs of Greek banks”, he added.

The CEO of Intrum Hellas, Mr. Giorgos Georgakopoulos stated that  there is a great number of loans that can become non-performing and therefore handling them gradually and not all at once, is a necessity.  As regards the new insolvency law, he said that it must be introduced as soon as possible and that delays such as those noted with the so-called Katselis law must be avoided.  Asked about foreclosures, he said that “viable measures are effective when forced foreclosures are possible”.  As far as the creation of a bad bank, he stressed that all solutions must be thoroughly examined, but it is urgent to proceed with the scheduled bank securitizations.

The founder and president of HotelBrain, mr. Panos Palaiologos has signaled SOS for the tourism sector, saying that the greek economy depends on it, both directly and indirectly, as it is proven by the ongoing coronavirus crisis.

The President of the Professional Chamber of Athens, mr. Giannis Hatzitheodosiou, presented the consequences of the coronavirus crisis to the worn-out Greek enterprises and the Greek economy.  As he explained, the rebirth of the economy will have many obstacles, as there is an absolute need for enterprises to increase liquidity, after the stagnation of the past period (due to the pandemic).  Mr. Hatzitheodosiou estimated that around 30% of enterprises in the food sector will not re-open this year.

Theodoros Kalantonis and general manager Anastassios Panousis were supposed to resign from the  bank  in order to  assume today  (April 6) their duties at FPS as executive chairman and chief executive officer respectively.
FPS  management  will partially adjust its personel after high interest

Eurobank and Dovalue have completed the FPS deal.
Eurobank has announced for 2021 that it will securitize NPEs worth 1.7 billion euros and sell a 0.4 billion euro portfolio.